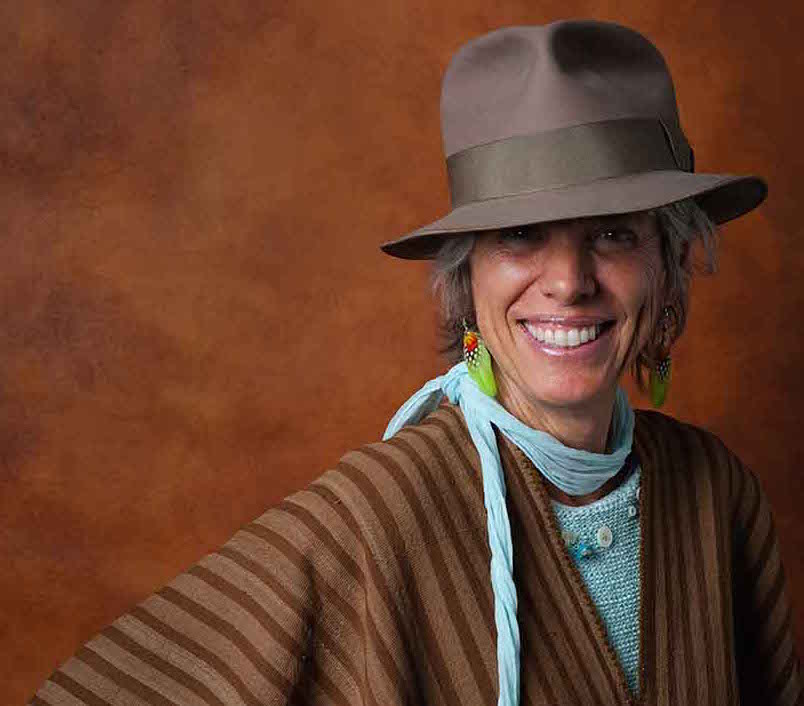 Thorne Dreyer's guest is Chellis Glendinning, author of In the Company of Rebels: A Generational Memoir of Bohemians, Deep Heads, and History Makers. Glendinning, an award-winning writer and activist for social change, is a noted contributor to the field of eco-psychology, as well as bioregionalism, feminism, and indigenous rights. Chellis is the author of nine books, a bilingual opera, and hundreds of essays and articles - and several of her pieces have been published at The Rag Blog. A Northern Ohioan with roots in Northern California and Northern New Mexico, she lives in Chuquisaca in the southern altiplano of Bolivia. "Imbued with the idea that her contemporaries - the rebels of the last 50 or so years - 'have been sturdy, creative, courageous catalysts,' Glendinning recounts some of the key movements of contemporary history and offers compact and compelling biographies of 46 individuals, some of them household names in lefty homes and others hardly known at all, or mostly forgotten." -- Jonah Raskin, The Rag Blog. "Chellis Glendinning has written a memoir evoking the lives of women and men she has known. From Susan Griffin to Daniel and Patricia Ellsberg, Suzan Harjo to John Ross, they are some of the most creative and courageous geniuses of a generation: scientists, artists, ecologists, whistleblowers, booksellers, socialists, anarchists, philosophers, internationalists, healers, activists all... In the Company of Rebels is one of the most profoundly moving books I've read in years."-- Poet and author, Margaret Randall
Rag Radio is produced in the studios of KOOP 91.7-FM, an all-volunteer, cooperatively-run, solar powered community radio station in Austin, Texas, in association with The Rag Blog and the New Journalism Project, a Texas 501(c)(3) nonprofit. It is streamed live on the Internet at KOOP.org and Radio Free America. The host and producer of Rag Radio, Thorne Dreyer, is a prominent Austin-based activist and writer who was a pioneer of the ’60s underground press movement. The show’s engineer and co-producer is Tracey Schulz and the staff photographer is Roger Baker; Suzy Shelor is Rag Radio associate; Alice Embree is guest host; Glenn Smith and Roy Casagranda are our political analysts, and Evan Hearn is the Rag Radio apprentice. The syndicated show is broadcast (and streamed) live Fridays, 2-3 p.m. Central) on KOOP, and is later rebroadcast and streamed on WFTE-FM in Mt. Cobb and Scranton, PA., on Houston Pacifica's KPFT HD-3 90.1, by KKRN, 88.5-FM in Round Mountain,  CA, and at WALHRadio.com in Wilmington, OH -- and as a featured podcast at Veterans Today. Learn more about Rag Radio here.
Running time: 53:55
Contact:  ragradio@koop.org.